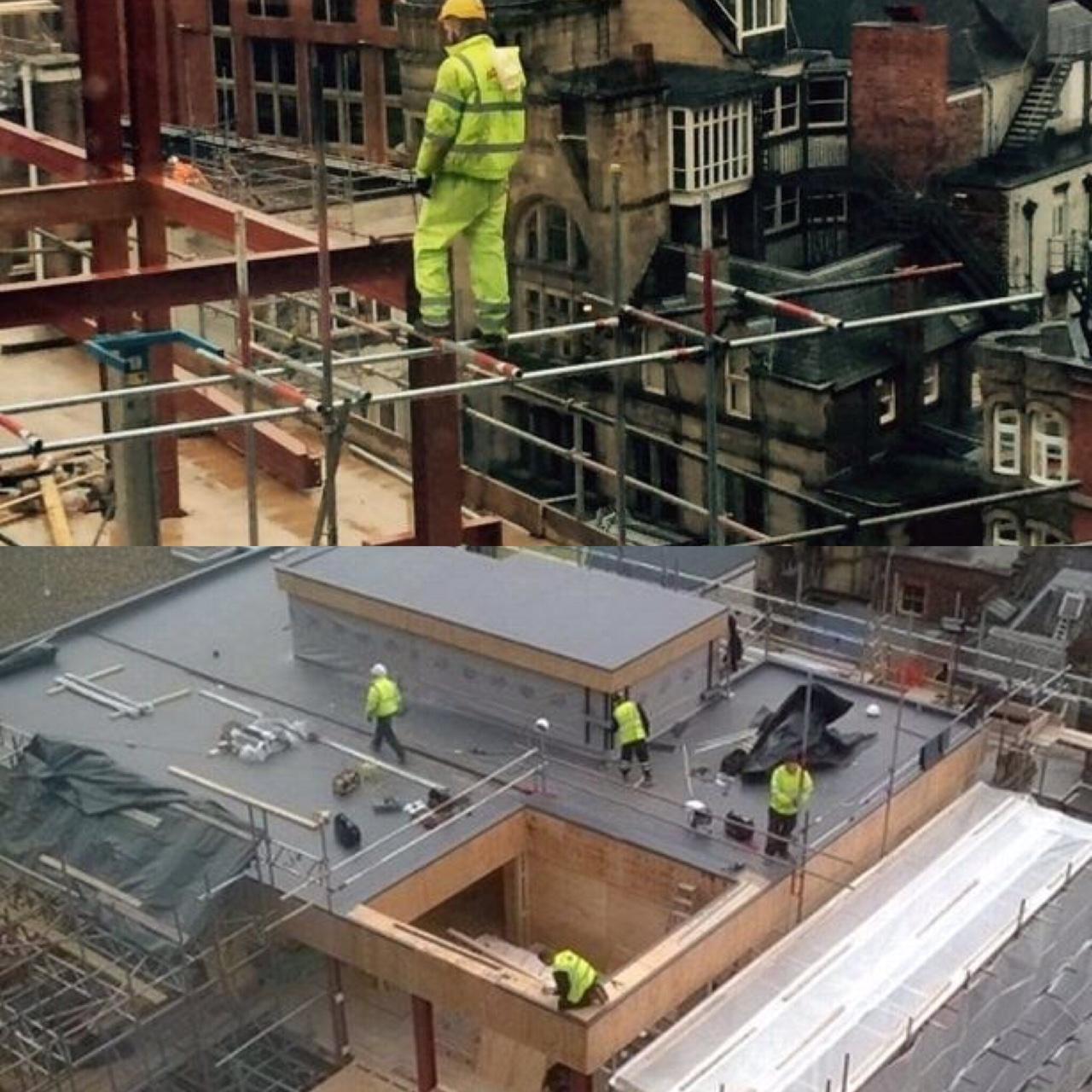 Two incriminating images taken by members of the public at a Manchester hotel development have resulted in the prosecutions of two company directors, one company and an employee.

The pictures, which were taken just two months apart from each other, show workers balanced precariously on the roof of a Manchester hotel development.

The first incriminating image, dated 21 January 2015, shows construction worker David Mulholland atop scaffolding tubes which were 27 metres in the air. There were no control measures in place to prevent a fall.

The Health & Safety Executive (HSE) were tipped off by a member of the public. They arrived on site that same day to find Mulholland working unsafely.

The case, heard at Manchester Crown Court, resulted in Mulholland pleading guilty to Section 7 of the Health and Safety at Work Act. This resulted in a 6 month prison sentence, suspended for 18 months, and a fine of £1,400. Mulholland was also ordered to pay costs of £2,939.

HSE inspector Matt Greenly stated ‘This case dealt with a serious work at height risk which could have led to a fatal incident. David Mulholland failed in his duty to protect his own safety while at work and also placed others at risk had he dropped any tool from the position he was seen in’.

The second image was taken on 17 March 2015. It shows Enviroply Roofing director, Jake Clarke, working on a beam over a single storey drop with no fall arrest equipment.

The member of the public who passed the picture to the HSE informed them they had witnessed a second individual, Aaron Hepworth, walk across the beam to pass something to his colleague.
It emerged that Clarke and Hepworth were rushing their work in order to submit an invoice to their principal.

Enviroply Roofing pleaded guilty to breaching Regulation 6(3) of the Work at Height Regulations and were fined £13,000.

Both Clarke and Hepworth pleaded guilty to breaching Section 37(1) of the Health and Safety at Work Act and were fined £1,100 and £2,100 respectively.

Both incidents were worsened by the fact that a full time scaffolder was employed on site by the principal to build scaffolding for any contractors. 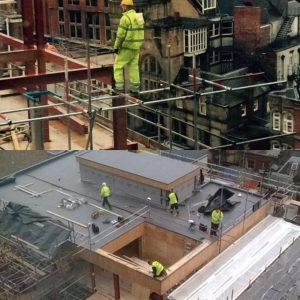