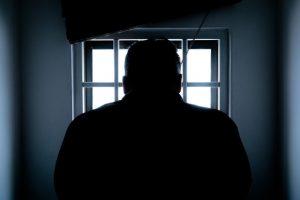 In a recent hard hitting case – three directors of two separate companies have recently been jailed for a total of 32 months after being found guilty of breaching the Health and Safety at Work Act.

The case follows a workers death from a fragile roof fall at warehouse premises in Essex.

Furthermore, the directors’ companies, Koseoglu Metal Work, and the warehouse’s owner Ozdil Investments, were also convicted of corporate manslaughter offences and fined a total of £1.06m.

Ozdil Investments’ had contracted their friend Kadir Kose, who owned Koseoglu Metal Work, to carry out repairs on their old warehouse roof. It was revealed in court that Koseoglu Metal Work, which actually specializes in architectural metalwork, had no actual experience of roofing works and therefore charged Ozdill Investments approximately £100,000 less than would have been expected to secure a competent roofing contractor.

Prior to the incident occurring it transpired that both the Health and Safety Executive and Harlow District Council had warned Ozdil Investments about the hazards of roof work and the need to install fall arrest measures such as netting or harnesses before the work started.

Despite these warning, Ozdil; Investments proceeded to pay Koseoglu Metal Work to carry out the repairs. No risk assessment was put in place or safety measures provided to prevent falls from height.

When an employee of Koseoglu Metal Work started working on the roof when he stepped on a discolored skylight and fell through, hitting the concrete floor below and sustaining fatal head injuries.

Faced with the evidence against him following the investigation by Essex Police, Koseoglu Metal Work admitted charges of corporate manslaughter and the director pleaded guilty to a charge under section 2 of the health and safety at Work Act in failing to protect an employee. However, Ozdil Investments and their directors contested the charges – but the jury guilty verdicts for all parties.

On Friday, Firat Ozdil was jailed for one year, Ozgur Ozdil for 10 months and Kose for eight months. All three were disqualified from being company directors for 10 years.

Speaking after the hearing, Luke Bulpitt, from the CPS, said: “By ignoring the safety measures they knew were required, the Odzils and their company risked the lives of everyone working on the roof in an attempt to save money.

“Kadir Kose and Koseoglu Metalworks undertook the work to the roof without taking any appropriate safety steps, gambling with the lives of their employees.”