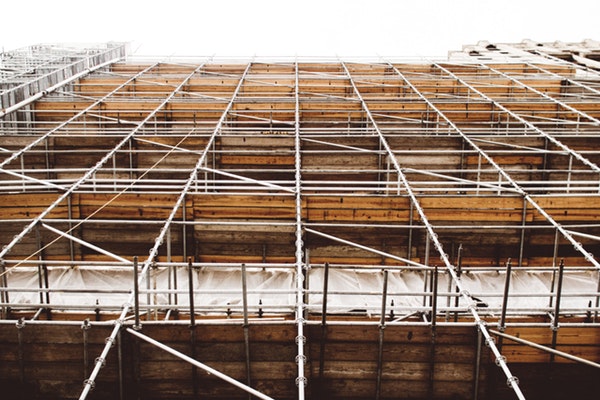 In a fairly rare case, a 28-year ­old scaffolder has been individually prosecuted after he was found to be working at height without suitable and sufficient safety measures in place.

The fall height was estimated at between 13 and 18 metres. If he had fallen from this height into the concrete deck of the car park below there is a high probability that he would have sustained fatal injuries.

Employer in the Clear…

The HSE were subsequently informed and provided with the photographic evidence. This prompted an investigation to be undertaken.

During the course of the investigation, the HSE found that Mr Murray’s employers had taken all reasonable steps to avoid working unsafely at height. Mr Murray was well trained and experienced and had been provided with all the correct equipment in order for him to work safely.

The HSE concluded that Mr Murray had acted alone and against his training in deciding to work without edge protection and safety measures in place. To make matters worse, Mr Murray was also accompanied on the day by a trainee scaffolder – and so was clearly setting an appalling example!

Mr Murray attended Manchester court last week and pleaded guilty to breaching Section 7(a) of the Health and Safety at Work etc. Act 1974. He was sentenced to 26 weeks in prison, suspended for one year and 100 hours of community service. Mr Murray was also ordered to pay costs of £500 and a victim surcharge of £115.

Speaking after the hearing, the HSE inspector involved in the case said: “Falls from height remain one of the most common causes of work-related fatalities in this country and should be taken seriously.

This is an interesting case which shows that employees can and will be individually prosecuted if they are found to be working unsafely. It also serves as a warning to all that it doesn’t necessarily have to be a passing HSE inspector who spots unsafe working practices, all it takes is a phone call from the public to land you in hot water!